Discover the latest news, information, and updates of the international road freight industry.

Use the search bar below to find more details about a specific topic of your choice.

How is the transportation of raw materials?

First of all, it is important to determine what is considered raw material and what is not. Raw materials are those goods whose purpose is to be transformed during a production process until they become a consumer product; wood and minerals being clear examples of these.

What factors come into play in a logistics warehouse?

A logistics warehouse is a space where goods are received, stored, handled and prepared for shipment, among other actions, always depending on the type of activity that the company carries out.

In order to have the most efficient space possible, it must be modernized and correctly adapted to the activity carried out. Both ...

What is a moving floor and what are its advantages?

A moving floor is a hydraulically powered loading and unloading system for moving bulk material and palletised products.

Over the years it has become a favourite in the sector, thanks to its versatility of use and its large loading capacity. That is why at Transports Porqueres we manage mo... 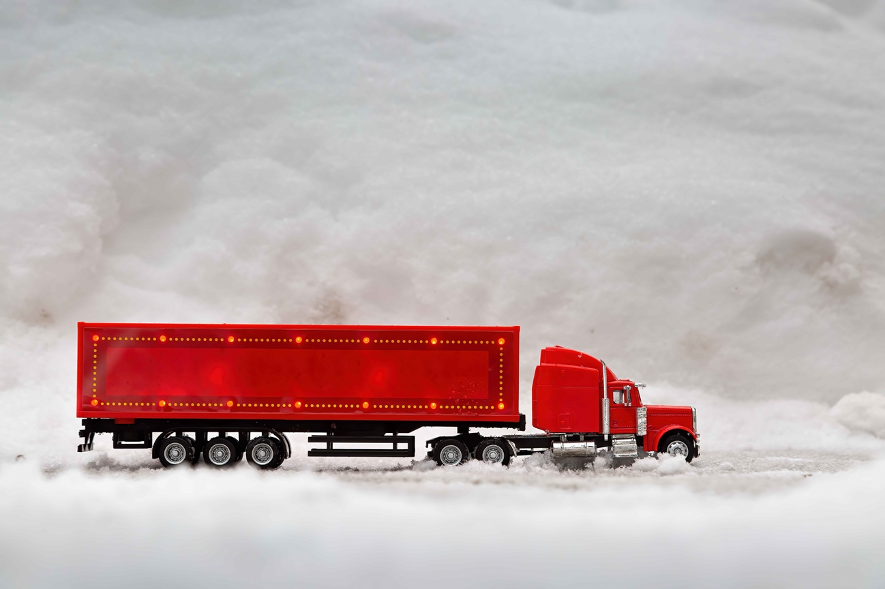 As you will have deduced, logistics companies have an extra workload during the Christmas holidays.

But as we say at Transports Porqueres, new needs must be met with more organisation. One of the advantages of this period is that the increase in workload is predictable. In this way, we can plan our response in advance. Some companies have defined their strategy for this time of year. Othe... 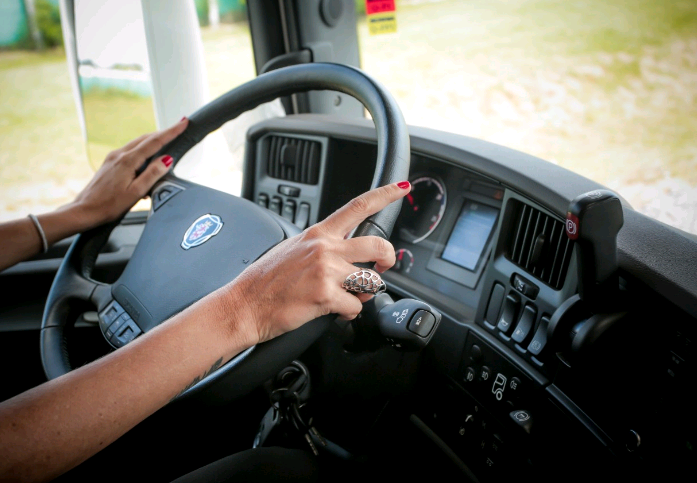 The Council of Ministers has just approved two Royal Decrees modifying, on the one hand, both the General Road Traffic Regulations and the General Vehicle Regulations and, on the other, the General Driver Regulations. If you want to find out about all the changes, how they affect you and when they come into force, don't miss this new article we have prepared for you. 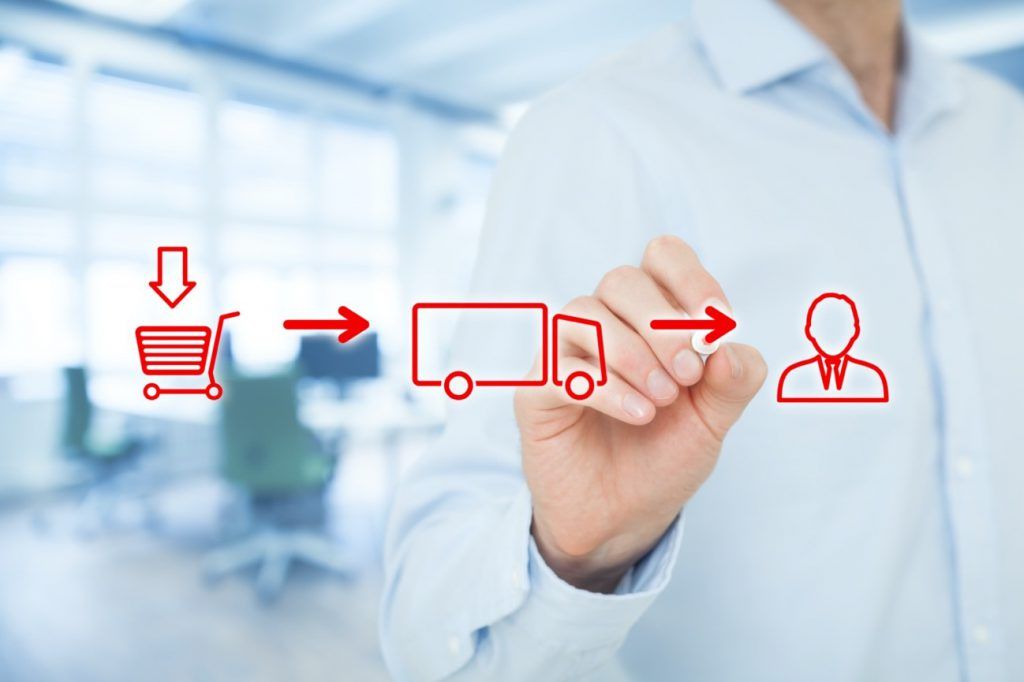 What are the advantages of outsourcing logistics?

Once a company has the perfect idea, the right product, knows what its customer's needs are and everything fits perfectly, the same question always comes up: how to reach these customers?

From small businesses and startups to the most consolidated large companies, solving external logistics properly is a major need to ensure the future of the company. 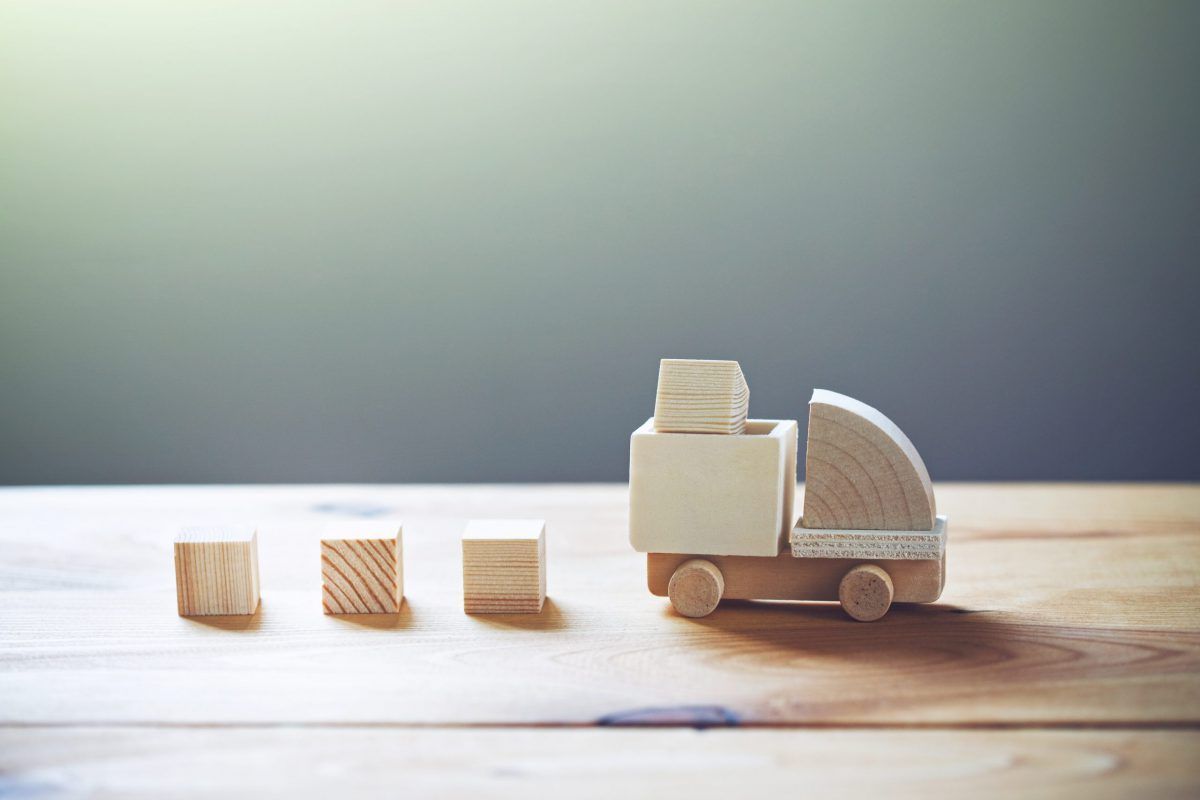 Spain ranks 84th in exports and 67th in imports, in terms of world GDP.

With an increase of 1.54% compared to 2018, throughout 2019 sales to third countries accounted for nearly 25% of Spanish GDP, with France, Germany and Italy being the main destination countries.

We find a great variety in terms of exported items: 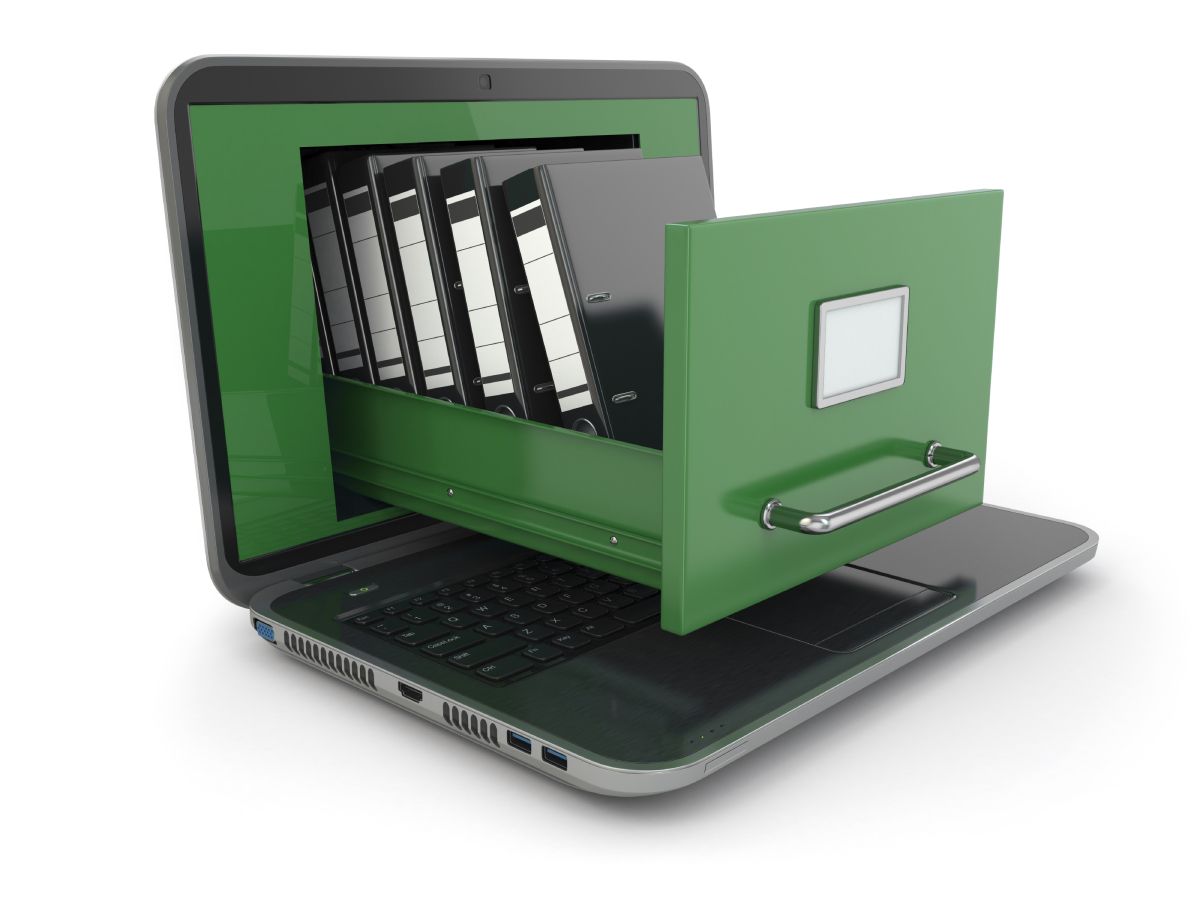 The digital transport document is getting closer and closer

When it comes to CMRs, consignment notes and transport control documents, many people are still surprised that they are still handled on paper and not digitally.

The exchange of paper documents is a contagion risk for all employees who have to handle paper, and the standardisation of the "virtualisation" of documents will be a breakthrough for the industry, in addition to the m... 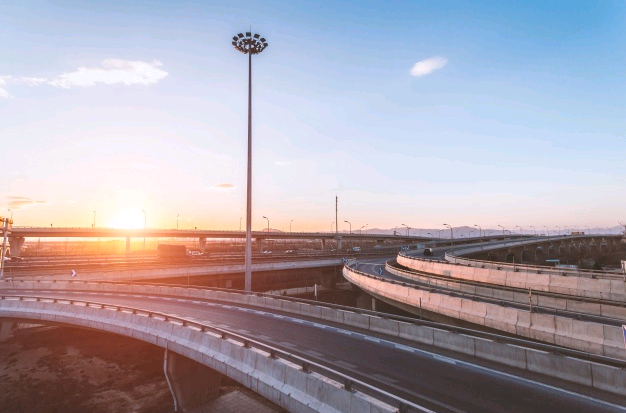 New measures in the field of road transport

REGULATION (EU) 2020/698 OF THE EUROPEAN PARLIAMENT AND OF THE COUNCIL of 25 May 2020 laying down specific and temporary measures in the field of road transport following the outbreak of COVID-19 has been published in the Official Journal of the European Union.

You can consult the entire regulation by clicking here.

On the other hand, and to facilitate ... 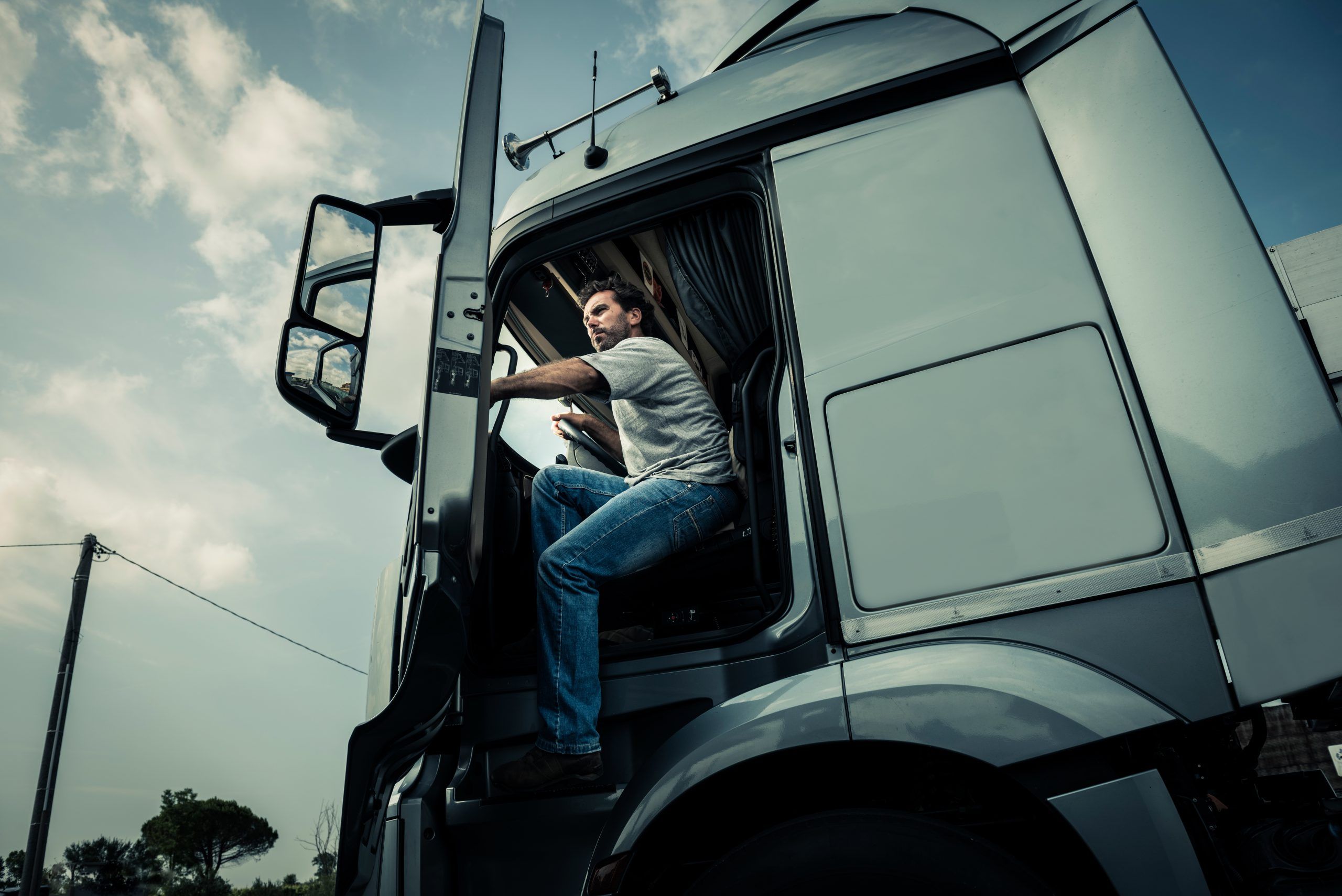 NEW FEATURES OF THE REGULATION ON DRIVING TIME AND REST PERIODS FOR PROFESSIONAL DRIVERS.

Today the new regulation comes into force which regulates the maximum driving time and rest periods for professional drivers during their working day (weekly) as well as the minimum breaks they must take.

This was made official by the Journal of the European Union on 31 ... 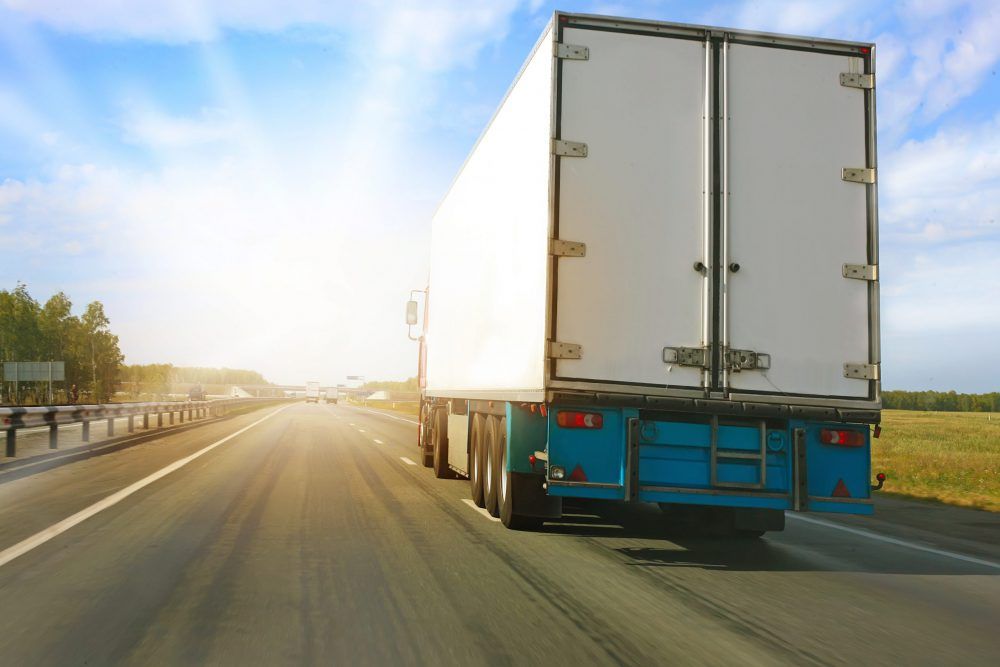 How Covid-19 is affecting the road haulage sector

We are currently in a complex situation which, in one way or another, has had a global impact on all market sectors. In the case of road freight transport, despite being considered an essential activity, it is also suffering from economic paralysis as a result of the state of alarm.

The workload of transport companies has decreased considerably due to the lack of activity of ou... 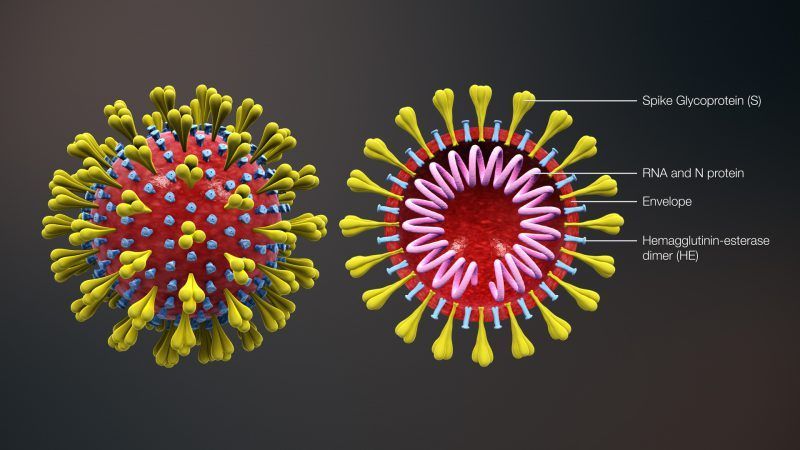 After a few days of uncertainty, on Sunday 8 March, the Italian governments announced a communiqué regarding the preventive isolation in Italy due to COVID-19 better known as Corona Virus. They explain that 16 million citizens living in Lombardy and 14 other regions of Northern Italy will not be able to leave or enter Italy except in an emergency situation for health reasons as the affected are... 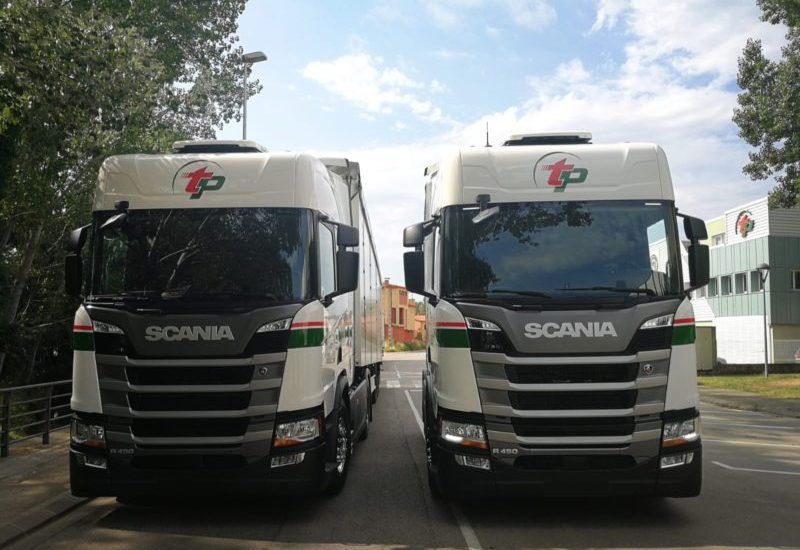 Transportes Porqueres continues its commitment to a more sustainable and efficient future, and renews its fleet with two new Euro-6 tractors.

Transportes Porqueres, S.A.U. considers environmental protection as a responsibility. For this reason, commitment to the environment is a priority policy in its present and future business project. One of the fundamental pillars is to mai... 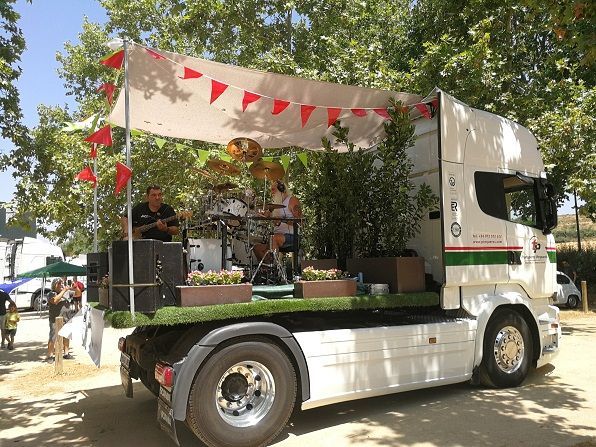 The festival is held in honour of St. Christopher, a character to whom tradition attributes to have provided services to travellers and pedestrians, becoming their patron saint.

He has been venerated for centuries in Catalonia. During the day, lorries, cars, motorbikes and bicycles pass in fro... 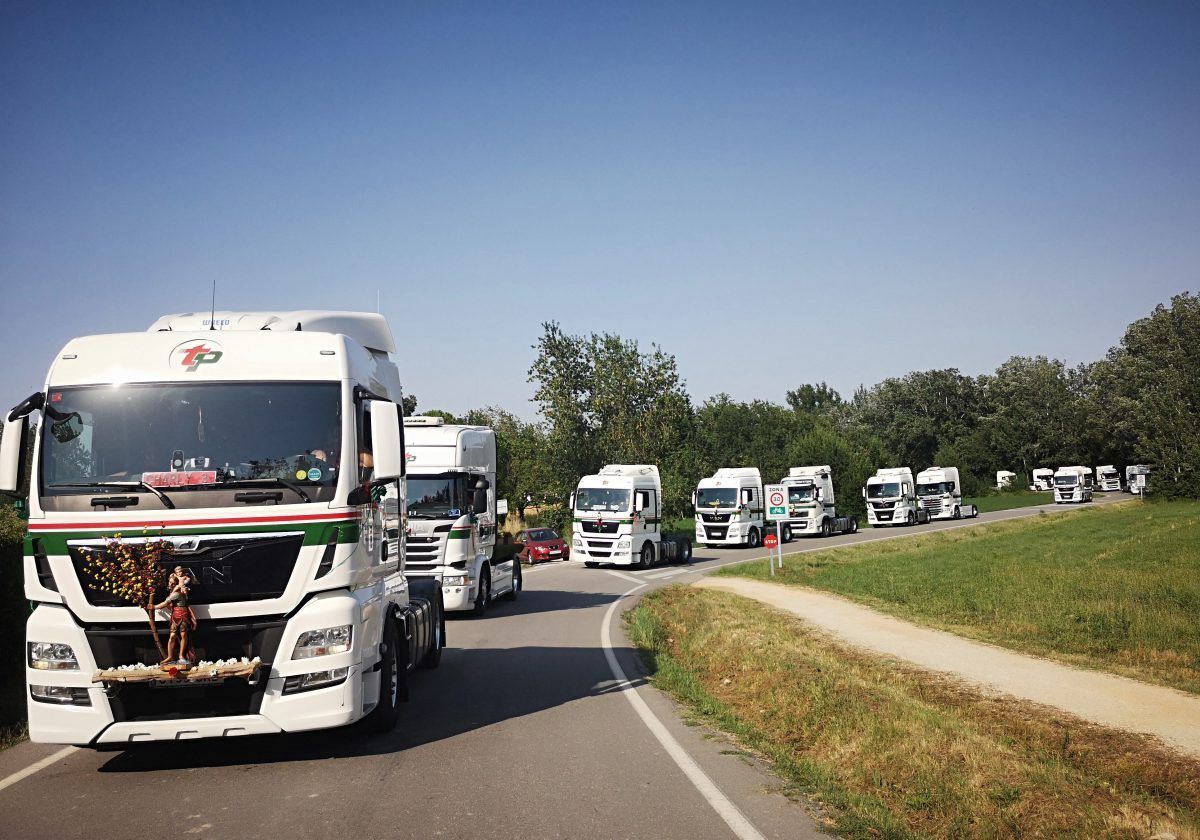 On Saturday 14th July, following the annual tradition, the Saint Christopher Festival was held in Banyoles.

Saint Christopher, patron saint of automobiles and protector of travel, has been venerated for centuries in Catalonia. During the day, lorries, cars, motorbikes and bicycles are paraded in front of various churches in the Països Catalans to be blesse... 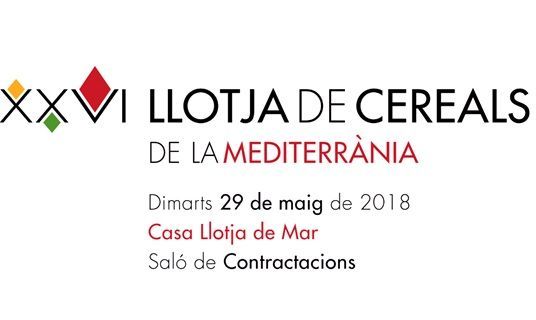 We will be at the Mediterranean Grain Exchange

On 29th May, Transports Porqueres will attend the 26th Mediterranean Grain Market, which is held at Casa Llotja de Mar in Barcelona.

For years, the company has specialised in the agri-food market, has a licence to transport animal feed and has a fleet of moving floor type lorries, tubs and tankers to transport cereal, flour, pulses, dried fruit and nuts and other complementary ...

Restrictions on the circulation of general goods on the roads of Catalonia.

Every year the Catalan Transit Service provides the brochure of the restrictions on circulation, below we detail the resolution of 2018 for vehicles transporting general goods:

Vehicles of all types or combinations of vehicles exceeding 7,500kg maximum authorised mass (MMA) or maximum... 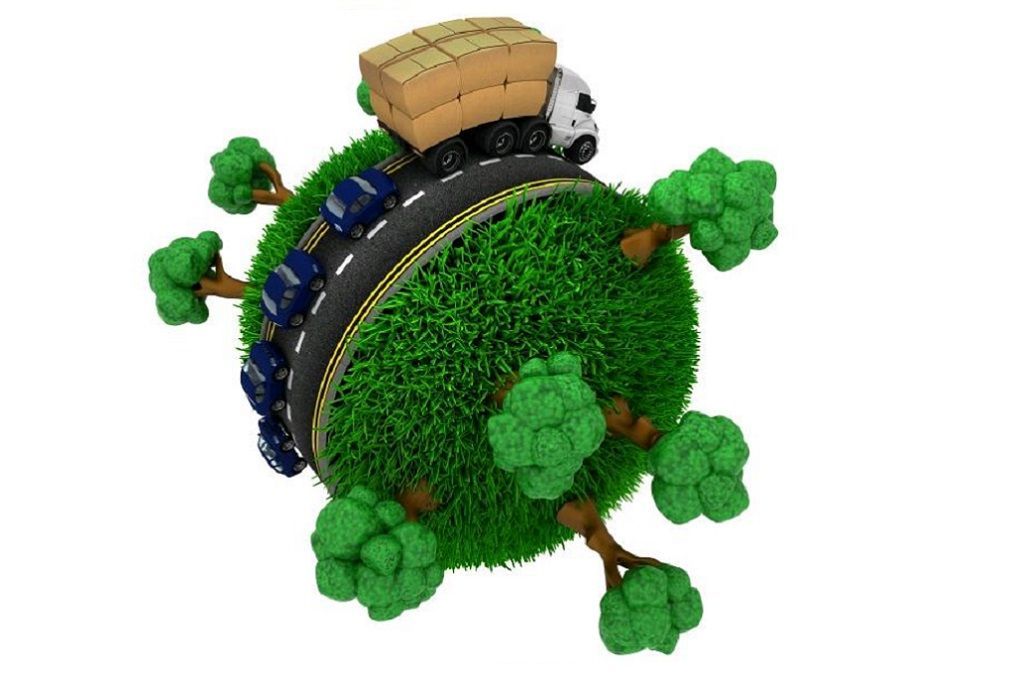 The planting of five trees will mean the fixation of 5.19 tonnes of CO2.

Transportes Porqueres is participating in the "One Scania, One Tree" programme with the acquisition of five new tractors for its fleet.

The "One Scania, One Tree" project consists of the creation of a public green space called the "Scania Forest", which will be planted with the same numb... 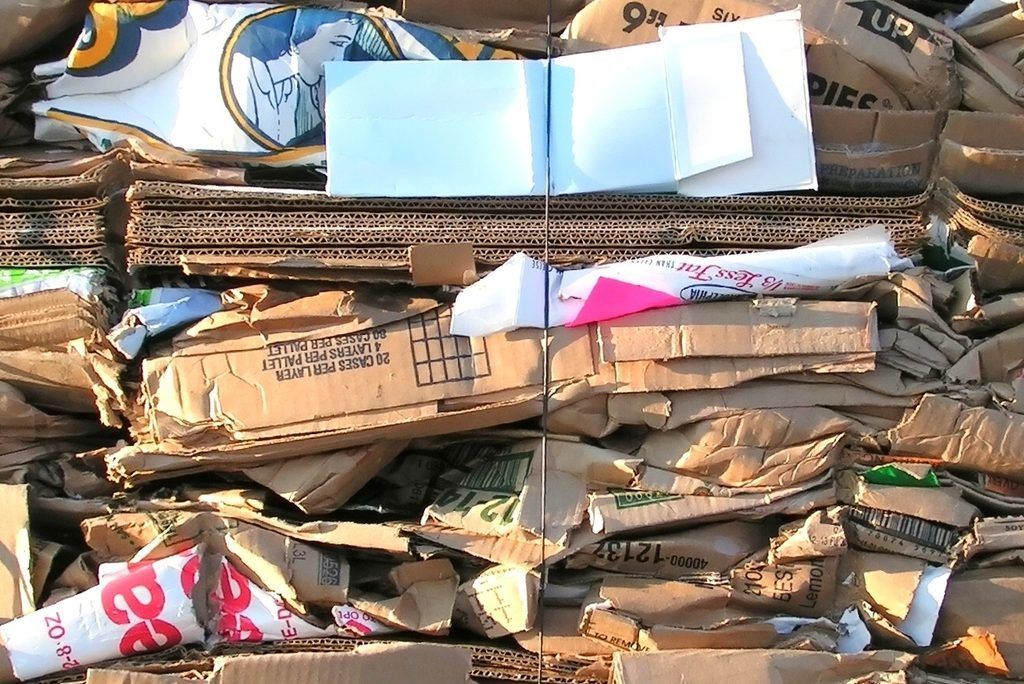 Transports Porqueres already has the ALBO permit adapted to the new law.

To collect and transport waste to the Italian area, it is compulsory to have the ALBO permit, a document authorised and validated by the Italian Ministry of the Environment. Unlike in other EU countries, there is a charge for this permit. 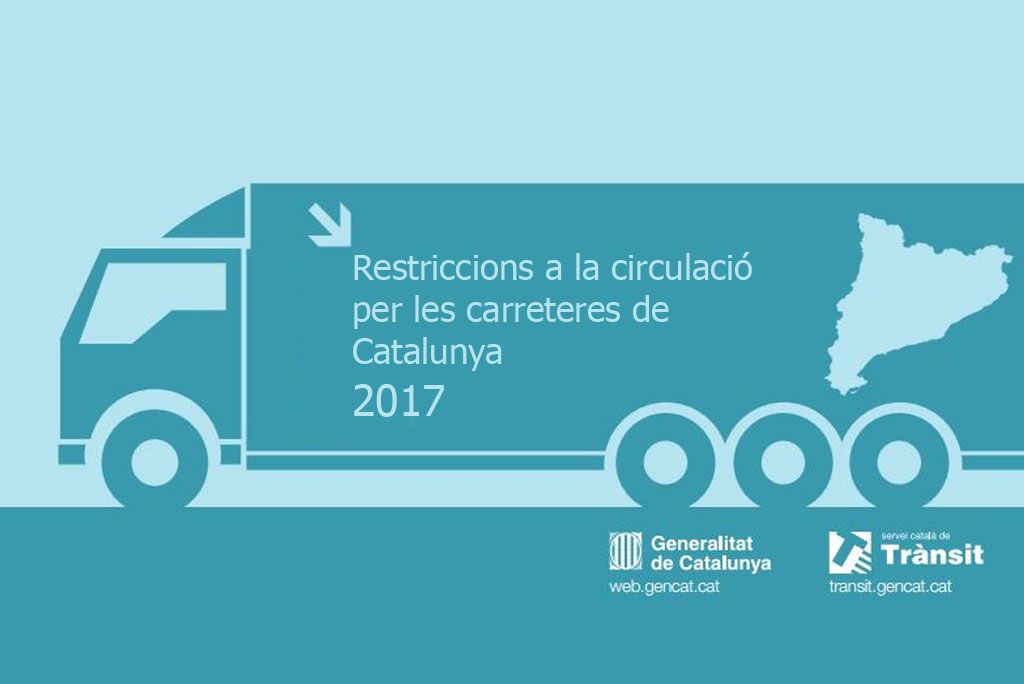 Restrictions on the circulation of general goods on the roads of Catalonia.

Every year the Catalan Traffic Service provides a summary of the traffic restrictions. Below is the 2017 resolution for vehicles transporting general goods: 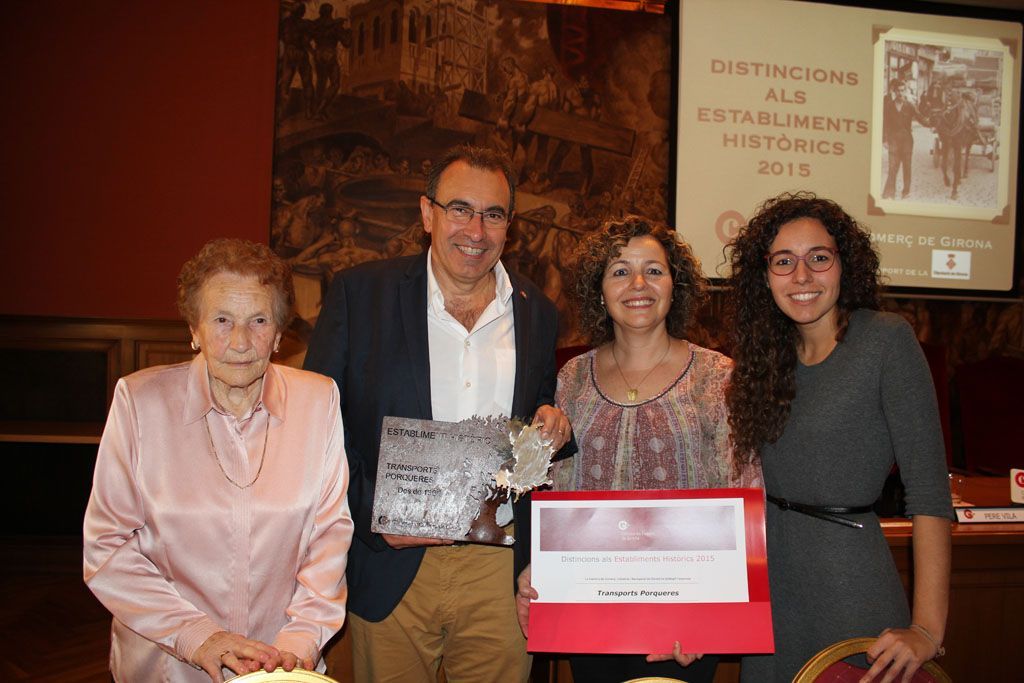 Transports Porqueres is commemorated as a historical establishment

Transports Porqueres celebrates 55 years of history with the incorporation of the third generation of the family.

In the 1940s, Joan Ferrer i Company, a resident of Usall (Porqueres) and the eldest son of a family of masoveros, began transporting firewood from the forest to Banyoles with the family cart. He did this while working as a farm labourer, until in May 1960 one of h...

How can we help?